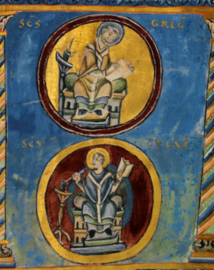 My presentation at Austin Clojure went okay. I could not get my laptop to connect to the oh-so-with-it Apple TV. So I had to go over HugSQL by showing a project I had on github.

I also went to a meetup for the Austin JVM Meetup. The agenda was to suggest topics for the next year. There might be some talks on Groovy. I think it might wind up replacing the Austin JUG, which has been inconsistent. The Austin JUG usually meets at the Pickle Center. One difference between Chicago and Austin is that there is no economic or cultural center. There is a geographic center near the capital, but there are companies along MoPac, Capital of Texas Highway and 183. There is no area that is as important as the Loop is in Chicago. A lot of people who live in south Austin do not want to go further north than downtown, and people in Round Rock do not want to even go to downtown Austin.

I also started a bit of work on the Groovy mail server. I kept having an issue getting jars from the repositories. I kept getting this error:

java.lang.RuntimeException: Unexpected error: java.security.InvalidAlgorithmParameterException: the trustAnchors parameter must be non-empty

It turns out the “cacerts” file in my JDK was an empty file. I upgraded my JDK, and all was good.

I also did a few more functions in the Clojure API. That is taking longer than I thought.

There are 274 words in this article.