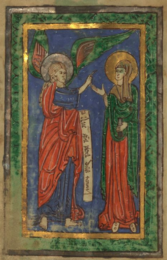 I know it’s a day late, but here is the weekly update.

I worked some more on the Groovy Email Server, even though I said I would not. Sometimes I hit a wall on something, say I am going to stop, but it just bugs me that I left things in a bad state. Then at some point I get back to it.

I was getting a lot of null strings, which was causing exceptions, and (after some changes I had to revert) sometimes infinite loops. It turns out I was not checking to see if the arguments to EHLO were proper domains. Apparently there are some bots that send bad arguments to some commands to try to take them over. At first I thought I was doing something wrong, but now I know it’s not me. I can exchange messages with Apache James, Gmail, Yahoo and Outlook.com, so if you are sending null strings you are doing something wrong. (I think Yahoo used to use QMail, but now I think they have moved to something else.)

I also have to work on delivery status notifications (RFC 3461). I got rejected by a server that told me I was not implementing the protocol correctly. I guess that SMTP extensions can really change things.

Not much Clojure. I have a call in a couple of weeks with the Purely Functional guy. He offered to come up with a lesson plan for people. I have noticed a few job posts in the Clojure mailing list and Brave Clojure requiring people to have paid Lisp/Clojure experience. One huge complaint in the Lisp world is there are not enough Lisp jobs. I want to email these companies and ask them where I can get the Lisp job that will enable me to apply for the Lisp job they are offering.