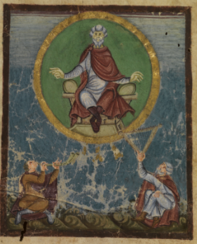 This week there was not much Clojure. I have the call with the Purely Functional guy next Monday. He has a conference this Thursday and Friday. I am not attending. I think a few people from Austin Clojure are going.

I spent more time on the Groovy Mail Server. I just don’t know when to quit. I cannot send mail to Proton Mail. I think they are using Postfix. Every time I try to send an RCPT command, they return “550 5.5.1 Protocol error”. If I am reading the Postfix source code correctly, that can happen if you send an invalid command (RCPT is valid) or if you send a new line either by itself or without a carriage return. I do not think I am sending a command in the wrong form. For one thing, just about every other server I try accepts my mail.

I also had problems with Outlook.com. I was getting a socket exception. From what I gathered from googling, they were ending the socket after the QUIT command. I was not having this problem with Outlook.com mails before. I added a try/catch block, and now I save the emails.

I don’t know how much longer I will continue the Groovy Mail Server. Part of me wants to complete it. On the other hand, since Clojure and Lisp are the ultimate direction I want to go in, maybe I should put it aside. On the first hand, it is always good to keep up with a few extra languages. I would also like to get through Simply Scheme and then SICP, because that would make me a really smart person.

If I really wanted to finish my mail server, I would probably have to get another VPS account and set up something like mail-in-a-box for TLS. I might need a few attempts to get TLS right, and I don’t want everybody banning my emails while I figure it out. There also might be an issue with TLS. I don’t know a whole lot about setting up certificates or how to set up a certificate keystore in Java or how to use keytool. I have Let’s Encrypt certs, but those only last for a few months. I don’t know if you can re-import a cert into a Java app while the app is running. Sometimes it seems like there is not a lot of overlap between security and development.