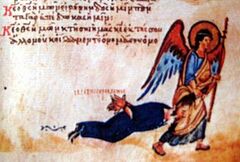 On the Groovy mail server: I am still unable to send to ProtonMail. I might just shelve it for the time being. I would like to get back to it in the future, but I would like to spend more time on Clojure and the Lisp family.

I will get around to installing iRedMail soon. I can’t run an old version of Apache James forever. I think iRedMail uses Postfix under the hood, which is what ProtonMail uses. Perhaps I will get it all working them.

I had my call with Eric Normand of Purely Functional. At one point we touched on ClojureScript. I have been under the impression that you have to deal with JavaScript to use ClojureScript. As the guy who wrote the Pollen DSL for Racket put it, Lisp makes me smarter, and pretty much any language ending in *Script seems to kill brain cells on contact. There seems to be a lot of wheel re-invention in JavaScript. I always get the feeling that a lot of people in the JS community think that there is nothing to software besides JS. Has any other language been called “stupid” by its creator? And it all seems unstable.

Back in June 2015, Bloomberg wrote this:

JavaScript is fast-moving right now. Too much of what you know today will be useless in six months. Every hard-fought factoid about the absolute best and most principled way to use the language will be fetid zoo garbage by the end of the year. And some sniveling, bearded man-toddler will be looking slightly to your right with his pale, buzzword-infected eyes and awkwardly mumbling, “Yeah, no, wow, it says you have a lot of Gulp and Angular, but I’m guessing you don’t use Fleejob or Grimmex with the Snurt extensions? (Long sigh.) I’m just not sure if you’re gonna like working here.”

Maybe it’s better now, but they thought they were smarter than the rest of us while making their ecosystem a total morass.

Anyway, Mr Normand said he used JavaScript several years ago, and he had to use it again recently, and the libraries and ecosystem was totally different. But in four years, ClojureScript has not really changed.

I mentioned that I do not like 4Clojure. I tried it a few times, and I keep finding myself in a position where I am randomly scanning the Clojure Cheat Sheet looking for a function that might help at that moment. He said a side project is a good way to learn a language. He asked me if there is a problem I would like to solve, and I thought of one.

I am starting on a project to publish tweets to a webpage. I used to use a plug-in called twitter-tools that once a week would take all my tweets and make a WordPress post. It is old, and does not work with more recent versions of WordPress. (I think the developer passed away from cancer a few years ago.) I looked recently and I could not find anything else that has the same functionality.

There are a lot of plugins and widgets that will put your twitter stream on the side. In fact, I think Twitter also has a script for that. The other major category is sending a tweet when you make a blog post.

We will see what I can get done in three weeks.

The editorializing is by me, not Mr Normand.

Image from the Chludov Psalter, a 9th century manuscript in the Byzantine style; image from Wikimedia, assumed allowed under Fair Use.