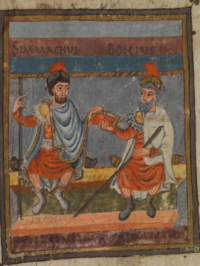 The “due date” for my Clojure project is tomorrow. I am not done.

Part of it is because I did not get started until a week into it. And I have been using “Organic-Oriented Development” (a new form of OOD): I did not plan a whole lot out ahead of time. I have just been trying different APIs and libraries to see what they do. I looked at propertied, but I don’t think I will wind up using it. I may use environ, but I have not decided.

I am working on some of the tests now. The author of the Twitter API library tells you to set his API keys as environment variables and run the tests against one of his Twitter accounts. I am not a TDD-purist, but I think that is not the best way to go. Running a database for tests I have no problem with, but needing something external to be live is a big no-no to me. On the other hand, I don’t think I know enough about any Clojure testing APIs to say what is a better way to do it. Maybe the author is correct.

I have not looked at the WordPress JSON API. I think for the time being I will just write the tweets in HTML format to a file, and copy and paste.

I have also started getting back into meditation, so perhaps that will help me to be more disciplined.

I did mention this to one of the organizers of the Austin Clojure group. I did not volunteer, but I should probably have something working by then in case they need someone to present.