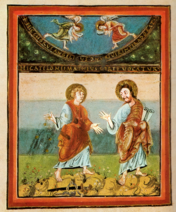 I am still going through the the code review of twitter-retriever by Eric Normand of Purely Functional. And going through Clojure For the Brave and True.  Sometimes I come home from work and I just don’t feel like doing anything.

I am still watching the code review in bits and pieces. I guess I don’t like being criticized, even though he is very supportive (not only of members of his site, but the Clojure community in general) and not being too critical, and I have incorporated a few of the things he has said. I had to do some funky things with tweet IDs to work Twitter timelines that seemed a bit confusing and might not be idiomatic Clojure; Twitter has a guide for that here. That said, I was able to incorporate some suggestions and reduced the lines of code, and I was able to remove one of the SQL calls and use some functions to get the same result.

He did mention that a lot of the defs should be in a let block. I showed this to the Austin Clojure group, and they had the same suggestion.

I still have a lot of println statements in there. I can run this on the command line or call some of the functions in the REPL, but testing some of this stuff is a bit beyond me. I have no idea how to mock/stub database calls or external calls in Clojure.

Image from a 9th century manuscript held in the St. Vitus Cathedral in Prague; image from Wikimedia, assumed allowed under Fair Use.