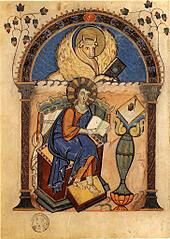 I am still going through the tutorials on Purely Functional. There is nothing new to me in the intro videos, but I am getting practice with the REPL and emacs.

The project that I am on is downsizing. I might leave my employer and try my luck in the big, bad world. At one point I told my manager that I was interested in Lisp and Clojure. I probably mentioned that Lisp is one of the oldest languages and also not widely used. At a recent meeting, he said that I was interested in “legacy” technology. I plan on writing a post about why I am interested in Lisp and Clojure. While Lisp is one of the first programming languages invented, I don’t think it is appropriate to call it “legacy”. Lisp can adapt to any paradigm. “Legacy” has a negative connotation.

Part of the appeal of Lisp is that it seems like languages in the C family are becoming more like Lisp and Smalltalk over time. I have written this on this blog a few times. I mentioned it to some people once in Chicago, and they thought it was an interesting insight.

Image from Codex Aureus of Lorsch, a 9th century Gospel manuscript housed at the Vatican Library; image from Wikimedia, assumed allowed under Fair Use.