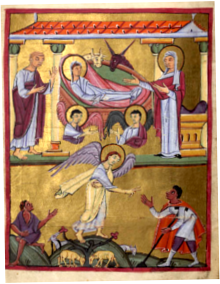 Here are some reasons I do not like Sharepoint.

First off, I think the underlying concept is wrong. Putting office files in on the web is just stupid.

The web started out as HTML files; even dynamic sites make HTML files. Trying to make the web into a viewer for Office files adds a layer of friction. It is also vendor lock-in. The web was intended to be open. And again, MS is trying to close it.

Speaking of files adding friction to the web: I also do not like PDFs on the web, especially multi-column PDFs.

Second: A lot of the files on Sharepoint are Word files, and a lot of the things in Word files do not need to be in Word files. HTML would work just as well. Why are people putting stuff in Word files anyway? (Spreadsheets are another story.) Why not just use some kind of wiki? Or Atlassian Confluence? Or Drupal? Or Intranet DASHBOARD? Or Jive? Or MindTouch? Or anything on this list? (I think this list is a bit more up to date, but unordered.) WYSIWYG editors are not that hard to learn. Why pay for MS Word when you are not using all of its features? And yes, I know SP has a wiki. I have never tried it, and I have no desire to. It is probably terrible. SP is about trying to make proprietary Office files relevant in an open web-centered world. Making a decent wiki with SP would expose the absurdity of SP’s existence. Making proprietary Office files relevant in an open web-centered world is Microsoft’s problem. Not mine, and not yours either.

If you really need to print, I am sure there are other systems that can convert content to PDFs. There are systems that have single sign-on capabilities.

If you use files, why are you using an online system? The impedance mismatch causes problems. People still download the files and email them to each other and get out sync. And even though there is versioning, people will manually add different versions of files. I have seen files in folders like this: fileX.doc, fileX_002.doc, fileX_DECEMBER.doc. If you are going to put stuff in Sharepoint, I want to look at a folder and just see the files I need to see. Don’t make me figure out whether I should look at fileX, or fileX_002, or fileX_DECEMBER.
I think this is because SP tries to do so many things.

Another reason is almost everyone hates it. At least, almost everyone I have asked about it at companies where I have worked that have used SP have hated it. Maybe everybody tells the big shots they love it and everybody is lying to me, but I really do not have any decision-making authority. Why would people lie to me?

There are many developers who take a course that uses Lisp or Scheme, or get a job using Lisp, and they will rave about it years or even decades later. They will say that Lisp/Scheme changed their perception unlike anything else. That they learned more by using Lisp than they learned using anything else. Nobody really holds MS technologies in the same esteem. Does anyone ever look back years later, and say, “God, what a great piece of engineering ${SOME_MS_PRODUCT} was. I learned so much using ${SOME_MS_PRODUCT}”. A lot of non-technical people love MS products because they are generally unaware of any alternative. We should use technologies that we admire, not use technologies simply due to inertia or ignorance.

We are always told on the technology side that we have to “learn to understand the needs of the business.” Why don’t they have to learn anything about technology? Or what is good technology?

The only people who seem to like SP are managers and SP consultants. I asked someone at my current employer why we used SP, and he told me that we got a good deal from our cloud provider. Not that we need it. Or that it is good at its intended purpose (whatever that is).

I have found that many things that are justified based on cost and not quality are usually not very good. When I was at BofA, we had to use some computer-based training. Everybody hated it, except our finance guy. When he was asked to justify it at a meeting, he said it was “cost-effective.” If the users hate it and nobody learns anything from it, how is it effective?

Another reason is that it is from MS. It’s the same old bait and switch. They sell it as something easy, and you don’t need an admin. But when you hit a wall, or want to do something advanced, then MS says you need an admin.

Some people have this weird blindness about MS. If you present them with another spreadsheet or word processor, they will reject it because it is not exactly like MS Office. But if MS changes the interface (like from a toolbar to a ribbon), people just go along with it.

Another reason is that the search capabilities in SP are terrible. This is important for something used to store documents. I have always gotten better search results on blogs and wikis. Content on wikis can be versioned, so why put stuff into SP? I think most businesses could replace SP with a wiki. I think a lot of wikis can do single-sign on, permissions, whatever. Bookmarks would not change. A lot of people love to move SP folders.

SP is a complex product sold as a simple product. It is a desert topping and a floor wax. If SP does not fit your business, you have two choices: change your life to fit SP, or replace SP. Desktop PCs, laptops, cel phones induced people to change their behavior and workflow. SP is not amazing enough for people to want to change for it.

At my current employer, search is so bad that a committee was started to come up with solutions. I went to one meeting, and I realized it was a waste of time. Someone suggested a SP site with links to all the other SP sites. For some reason, dropping SP was not considered. I do not get the hold SP has on some people. Yes, migrating would be expensive. But using it is expensive. And painful.