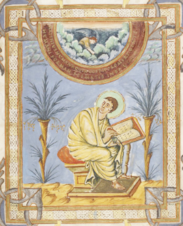 Recently I went to the Austin Drupal Meetup. The topic was “What is this estimation thing? Why “no estimation” is not as crazy as it sounds“. The speaker was Michael Godeck.

Before the presentation, I did talk to someone about Drupal and Gutenberg. He said that right now Drupal uses the CKEditor. It recently got re-written from the ground up, and the new version has not been integrated with Drupal yet. He said that the Drupal community looked at Gutenberg, and saw that there was a lot of WordPress-specific code, so most people decided that Gutenberg was not the direction they wanted to go in.

However, some people kept going, and have ported Gutenberg to Drupal, or re-worked it to work with Drupal. He said that they will demo their results at the next DrupalEurope in September. I think he was referring to this presentation. So, Gutenberg in Drupal is not a sure thing. But if the demo in Europe shows promise, it might happen.

The main presentation was about estimations. He will be presenting at DrupalEurope.

One issue with estimation is that estimates are sometimes interpreted by managers as promises.

Another type is interval, which does allow you to know the differences between quantities. Think of things like time, temperature and distance.

He said one issue with some agile estimation strategies is that the numbers people give are really ordinal, but they are treated as interval. People think that all uses of numbers are the same, but that is not the case. The agile community still seems to be struggling to this day with the question as to whether or not a point is equal to some unit of time.

He also spoke of confidence intervals. It may be time to brush up on statistics.