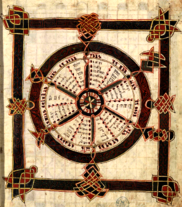 To a certain degree, this may just be about satisfying my curiosity. But then again, you might find yourself at a company that uses a lot of JVM languages and everyone knows gradle. Plus I think that a lot of people in the Clojure community are not too thrilled about having to deploy one monster uberjar. With Gradle, you can keep your jars separate.

Before I go any further, let’s go over some issues. I was not able to get the tests to work. The directory structure is different than leiningen, and I had to make a copy of a file. I was not able to use environ for some reason, so I had to hard-code the database info (a lot of Clojure libraries assume you are using lein or boot; to be fair, Clojure people usually are). I will try again; I might just go with cprop [Note 1].

This requires the nebula-clojure-plugin. The Nebula plugins are Gradle plugins made by Netflix. This plugin does not have a lot of documentation. I had to search the source code to see how to do some things. It adds the tasks “clojureRun”, “clojureRepl” and “clojureTest”. You can still call “clean” and “build” as before. I also enabled the application plugin, so “distZip” works.

First thing you have to do is move the files in src/clojure to src/main/clojure.

You can run it two different ways. One is directly with Gradle:

I think you have everything after the –fn in a single quote.

You can also use the application plugin. You specify the main class in build.gradle. I found out you can also put in a few command line args as well. For Clojure, your main function will not change, so you can add that along with clojure.main:

Then run “gradle distZip”, and it will create a tar and a zip file in build/distributions. Expand these, and run the script in the “bin” directory. You can add further command line args when you run it:

I could not get the tests to run. (First off, the tests must go into src/test/clojure.) It kept having an issue finding statements.sql on the classpath. I tried putting it into src/test/resources/twitter_retriever/sql, but that did not help. Again, cprop might take care of this.

I did not try running a REPL with “gradle clojureRepl”. I was able to use a REPL and do a few things by calling M-x cider-jack-in in an emacs file. When I did, a little option popped up at the bottom asking me if I was using lein or gradle.

So the experiment was not a complete success, but there is some potential.

Note 1: I am leaning towards cprop for the regular twitter-retriever. Like the crop README says: What if you have 100 args? That’s 100 properties to put in the environment.