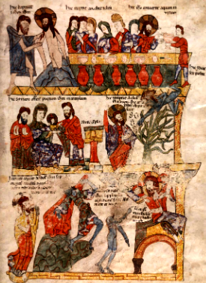 I am putting twitter-retriever-gradle on hold. I spent a couple of hours trying to send JVM system properties to the clojureRun task, and I couldn’t figure it out.

I raised an issue on the github repo for the Clojure Gradle plug-in. They made a suggestion, and it did not work out. I was using a few libraries that could use system properties for configuration. That is not the only way to do things, but with Gradle my other option was to have multiple copies of the same file all over the repo. I would rather not do that.

I might ask on the Gradle forum. But for now, I think I will move on to something else.

I think Gradle works well for Groovy and Java. It seems a bit harder to use for Clojure. Back to Purely Functional.