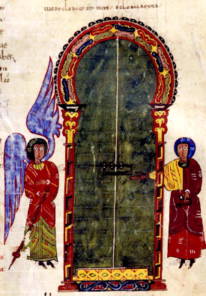 In my last post, I wrote about the future of devices and web apps versus AI. These topics have since come up again in conversation and during my web browsing.

A guy named David A. Wheeler wrote a post titled “Do not install or develop mobile apps unless you have to“.

He mentioned that a phone app can get a lot of info about you from your phone, and there are more privacy concerns than with a web app. Also, Apple and Google will take a cut of your revenue. Apple can remove apps from the app store.

If you make a web app, you have more control. And you have reduced costs. With mobile apps, you have to make one for IOS and one for Android. Since most companies make web and mobile apps, that is usually three apps. You have to make sure your app works with different versions of the OSes. When I was in Chicago, I knew a mobile developer who had a few dozen phones. Granted, there are some ways to make one app that can work on IOS and Android (Appcelerator Titanium, RhoMobile Suite, React_Native, Apache_Cordova, Xamarin). All you got to do is pick one. And hope it does not get discontinued. Or beholden to some company run by a guy who looks like a robot.

But if you go with a web app, you just have to make one. According to Dave Wheeler, the UK government has dropped mobile development. And they are soooo much happier. Less cost, more control.

At the Emacs meetup, someone mentioned that we might stop using laptops and desktops, and go with phones. One person said we might just plug our phones (or some future version of them) into terminals. I have heard this before, but I don’t know how it would work.

Would we run apps installed on our phones? As I wrote before, laptops have more memory and hard drive space. On a phone, the memory does double duty. I don’t think that the phones will ever be as powerful as laptops and desktops. Or would our phones authenticate us to our apps on the cloud, and load them onto the terminal? Or would we run them on the cloud?

And what OS would we use? Would we be limited to IOS and Android? Or whatever the cloud provider gives us? I like being able to run Linux on my local machine.

One problem with these scenarios is I have multiple laptops, but only one phone. How would I use more than one if I have to?

I do not like the idea of my phone being my primary device. I know banks, brokerages and insurance firms offer mobile apps. I know phones and apps have security, but I am amazed at how often I hear about people losing their phones, or dropping them in the toilet. (Seriously? Why do people bring their phones into the bathroom?) I have seen quite a few phones lying around where I work. I generally do not lose my phone, but I do not like to use it to manage my money. That just seems like a bad idea.

Maybe we would have small, portable hard drives we would plug into terminals instead of plugging in phones. Granted, I just mentioned that portability can be bad. But maybe that would make it easier to get a better CPU, more memory, or a better monitor.

One device type that has become popular is the “all-in-one”, where the memory and hard drive are part of the monitor. I do not think you can add memory to these things. But I see them a lot. I had to upgrade my phone, and the store had these.

I still do not think the death of desktops is upon us. Gamers and artists love desktops. (They are called “desktops”, but a lot of people put theirs on the floor.) Laptops are still pretty common. I think these “all-in-one” computers are a new type of desktop. If you have a job that can be done at a desk, you will probably be using a laptop, desktop machine, or an all-in-one for a while.

I cannot remember who said this, but someone older than me pointed out that using a web browser to do everything on the cloud was similar to a dumb terminal connecting to a mainframe. We had come full circle. Perhaps at some point, the client-server model will come back.

Image from ‘Beati in Apocalipsin libri duodecim’, aka Emilianense Codex, a 10th century manuscript of ‘Commentary on the Apocalypse‘, written in the 8th century by Beatus of Liébana; manuscript housed at the National Library of Spain, licensed under CC BY-NC-SA 4.0.