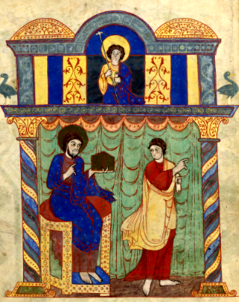 I recently attended the first meeting of the Austin Kotlin Meetup. I might keep going in the future. I am kind of on the fence about Kotlin. It is nicer than Java, at least Java as most companies use it today.

I get the impression there are a lot of teams using old versions of Java, and old versions of Spring. They might solve a lot of their pain by upgrading and not really have any need to go to a new language. I wish I knew a way to get teams to upgrade. When Java came out, it was the sleek language (vis a vis C++); now it is the old chestnut. Rails has gone through the same cycle. If companies have fallen behind on Java, and fallen behind on Rails, will going to Kotlin really make things better? Maybe Kotlin teams will get bogged down by legacy Kotlin in ten years. Do we need more languages? Why can’t we just be more intelligent about the languages we use? (And since languages seem to becoming more like Lisp, perhaps we should just go to some dialect of Lisp.)

At one point in the meeting, someone asked what makes a language a “functional language”. I thought a language is considered “functional” when a function can be sent as an argument to another function, or a function can return a new function. One person mentioned immutability. Another mentioned tail-call optimization.

I have been working a bit more on Simply Scheme. Chapters 9 and 10 dealt with lambdas and higher-order functions. I think I am understanding functional programming, but I do not feel like I am getting the enlightenment that people keep talking about. Perhaps this is because I have been exposed to these concepts for a while now.

One reason I doubt I am becoming enlightened is sometimes my answers are larger than other people’s. I can make something that works, but it is not always elegant and minimal.

Another reason I doubt my potential enlightenment is that I am not sure it is making me a better programmer at my job. We are running JDK 6, we are using XML to configure Spring, and there is logic in the views. I am not sure how understanding higher-order functions will help me improve things. There are a lot of things I cannot change. I think it should be re-written from the ground up. Perhaps I will get more insights when I finish Simply Scheme.

Frankly, I think a lot of people where I work do not understand a lot of this stuff and have not been exposed to a lot of these concepts. (Most people I talk to have never even heard of Lisp, or Smalltalk, or Erlang or Scala, or Ruby.) I was not exposed to it for a long time, and I did not understand it at first either. When you are surrounded by people who think that the Gang Of Four patterns are the height of technological sophistication, it is easy to think that is the way things should be done. Part of the issue is that the functional programming community does not explain a lot of this stuff very well. I do not think that state is bad, or that changing state is bad. And side effects are hard to avoid if you want a program to be useful. I/O is a side effect, and it is important. I think the real issue is that state changes and side effects can cause problems if they happen when you do not intend for them to happen, and it is better to explicitly control them.

I am considering taking another break from Simply Scheme and making some web apps in Clojure. Perhaps I should work on getting better in the technologies I want to work in, and go for enlightenment later.

The viability of web apps showed up on Hacker News a few times the past few weeks: “Start with a Website, Not a Mobile App” and “Ask HN: Is web development still a viable career choice?” I will look at these a bit and comment more later.

Going back to chapters 9 and 10 of Simply Scheme.: They showed a neat trick to use lambda to wrap a higher-order function that only takes one argument (like every, keep and accumulate, which are their versions of Clojure’s map, filter and reduce) and put it in an anonymous function so it can take two or more arguments. Pretty slick.

Note: To search the c2.com wiki, try the search page.

Image from “Beatus a Liebana, Commentarius in Apocalypsin”, a 9th century manuscript housed at the Bibliothèque nationale de France, aka Saint-Sever Beatus (more info in French at this page). Source gallica.bnf.fr / BnF; image assumed allowed under Fair Use.