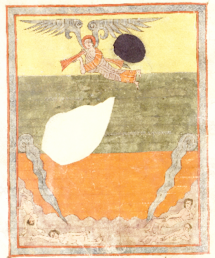 I finished the poker program from Chapter 15 of Simply Scheme, and I finished Chapter 24.

I have decided I am willing to let MengSince1996 be the King of Berkeley, and move on to Daniel Friedman’s “Little” books.

Next is “The Reasoned Schemer“. This bridges functional programming and logic programming. I work with a rules engine in my day job. I wonder if that is what this is about.

The next book is “The Little Prover“. According to the book’s page on the MIT Press site, this book “introduces inductive proofs as a way to determine facts about computer programs.” Honestly, I am not too clear what that means at this point.

The most recent book in the series is “The Little Typer“. For this book, Friedman and co-author David Thrane Christiansen made a language for the book using Racket.

I will probably use Racket for all these books instead of straight Scheme because I want to be able to run a tests and not type and re-type function invocations every time I make a change. In order to use tests, I had to require the R6RS packages into a program using “#lang racket/base”. I do not think there is a way to use the Racket unit test libraries in an R6RS program. So there are a lot of prefixes.

I like prefixes before function names. It is a bit more typing, and maybe it is not as clean, but I like to know where everything is coming from. One of the things that I did not like about Rails was there were no import or require statements. Everything was everywhere. That made tutorials look very interesting, but it was frustrating finding documentation for classes if you wanted to see what else the gems could do.

I plan on getting through these faster than I took to get through Simply Scheme.

See also my mentions of these books in a post from a few years ago.

Image from the Tabara Beatus, a 10th century manuscript of ‘Commentary on the Apocalypse‘, written in the 8th century by Beatus of Liébana; image from Spanish Ministry of Culture and Sports, assumed allowed under Fair Use.