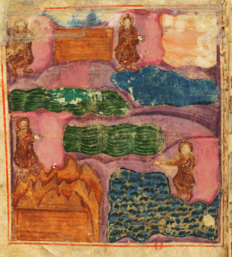 I finally finished chapter 9 of The Little Schemer. This was about partial functions, total functions, and ended with the applicative-order Y combinator.

Frankly, what I understood in this chapter I did not see the point of, and I am not sure there is much point in the parts I do not understand. I think a total function returns a unique value for every input, and partial functions do not. Some of the functions they described as partial sometimes did not return values. Which to me sounds like a badly-designed function.

Maybe Godel’s incompleteness theorem has seeped into our collective consciousness to such a degree that the idea that some functions cannot be computed seems obvious.

Maybe I am not smart enough to be one of those super high-level math/language theory people. I realize I do not have the inclination to do so. I do not have much interest in conjectures about functions that do not return values. I will have to ask a few people I know who have been through SICP if this is the sort of thing in that book. I will finish The Little Schemer and go on to The Seasoned Schemer in a while.

Are there languages that fit that description? I did some googling, and I found a Hacker News discussion about “The Why of Y” on Dreamsongs (an interesting website I hope to explore in depth someday). As one commenter points out, the article goes into the How of Y, but never the Why.

The Seasoned Schemer says you only need to understand the first eight chapters of The Little Schemer to go through TSS. So hopefully I should be fine. I was hoping to get through TLS more quickly. I am more busy at work, and chapters 8 and 9 were a lot harder (and had more concepts that were new to me) than the first seven.

I have not gone through these yet, but here are a few more links I found about total and partial functions:

1 thought on “Chapter 9 of ‘The Little Schemer’”