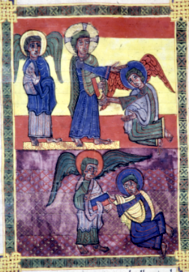 This past month, I spent more time going through tutorials on Pluralsight. At least, when I have time. There was a release for the app I work on at my job, and there were a lot of defects.

Some of the tutorials take a while. I like to type in the code as they do them. But I might still be going too fast for the material to sink in. Right now I am going for breadth rather than depth. I don’t think I want to do Java forever.

Frankly, the app I work with is not using the most current practices. I am grateful to have a job, but I feel like the world is passing me by. But sometimes I wonder if the app I work with can use a lot of the new Java features. You can’t use the Functional Big Three (map, filter, reduce) while reading or writing from a database, because that is a side effect. And with the application I work with, there are a lot of loops within loops. And then sometimes even more loops inside those. Can the big three handle nested data structures? I haven’t done as much Clojure as I would like, but in the twitter-retriever app I did some calls to doseq and a LOT of loop-recur.

On the other hand, putting logic in the views has been a bad idea for a while, and does not require anything from Java 8 to change.

Other languages I am thinking about looking into are Go, Elixir and Kotlin.

Image from the Beatus of Burgo of Osma, a 10th century manuscript of ‘Commentary on the Apocalypse‘, written in the 8th century by Beatus of Liébana; image from Arachne, licensed under Creative Commons License (BY-NC-ND 3.0).

There are 402 words in this article.