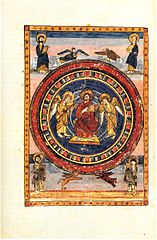 I recently went through an Elixir tutorial on Pluralsight.

I know it was just one tutorial, but I do not think I am sold on Elixir yet. Granted, I know the Erlang VM is good for multi-threading, and it is better to use abstractions for that then dealing with threads directly, like Java does. One count count against Go is that it seems like the multi-threading support is at a lower level. Then again, I think Go in general is lower level.

One thing I find interesting is that Elixir allows you to overload a function with the same number and type of arguments as an alternative to convoluted cond statements (Elixir has “if” and “else”, but you cannot have more than two choices; for “if..else if…else” you use “cond”.)

The example in the tutorial was printing out the song “100 bottles of beer on the wall.” You can use the same code to handle 100 down to 3, but you need to handle 2 and 1 slightly differently. So you could do this:

I do not know if any other language allows that. Maybe Ruby does and I don’t remember or never encountered it.

It was just one tutorial, so there was not much about actors or processes. My subscription is up in a few months, and while I am satisified, I do not think I will renew because I plan on getting up to speed on Java and Kotlin by then.

One thing I do not like is the inconsistency. You can put parentheses around a functions arguments. Or not. And like Go and the C family, if you use operators then the arguments are placed differently than they are for functions. An example is “2 + 3” as opposed to “2.add(3)” or “add(2, 3)”. I know the latter two are more typing, but I prefer consistency and clarity over conciseness.

I think I prefer braces over “do…end”.

And I do have a few concerns about the community of Elixir. Back in 2015, there were a lot of articles from mostly Ruby/Rails people who were gushing about how they loved Elixir. Some of their arguments were technical. But a lot of them said that Elixir is new and it all feels the way Ruby and Rails felt a decade before. Do you want to chase the new car smell, or do you want to solve problems?

A few people even pointed out that just as Dave Thomas wrote one of the first books on Ruby, he wrote one on Elixir. Would a guy who started a publishing company want you to learn a new language? Why wouldn’t he?

And speaking of problems: While not everyone has the same path, a lot of people went from Java/Spring/Hibernate to Ruby/Rails and now to Elixir/Phoenix. They have abandoned hard-to-maintain apps for the new hotness twice in a decade. And when they want to Ruby/Rails, some of the criticisms were that it was slow, did not handle multi-threading (I do not know if Ruby still has the global interpreter lock issue) and a lot of critics said that the magic of metaprogramming would cause problems in the long run.

The Ruby/Rails crowd said that developer speed is more important than runtime speed, that they could just send requests to a message broker, and the magic helped them get solutions out faster.

Now they are going to Elixir because it’s faster than Ruby, Elixir can handle multi-threading, and they are tired of dealing with logic spread out across an unmaintainable monolith. In other words, Elixir solves problems that they kept telling the Java crowd were not problems. From “U mad, bro?” to “Eff this” without even acknowledging the critics were right.

I am not against learning new things. But do we need to learn new things just to say we are learning new things? Maybe we need to do some of the old things better. I think a lot of Java apps would be easier to deal with if (like the one I work with) they were upgraded and refactored to use newer versions of Java/Spring/Hibernate. It would be painful, but not changing these apps is painful, and porting to a new language would be painful. And leaving a language for the newest, hottest thing just leaves a problem for someone else. I keep running into old Lispers and Smalltalkers talk about all the things they could do 20, 30 years ago, and I keep wishing there was a way to break the cycle.

Maybe Rails apps will always be impossible monoliths (I am out of the Rails scene, so I don’t know). Sometimes you are better off walking away, especially if the suits won’t allow refactoring for “business” reasons. (It seems like “business” is always used as a reason to say “No” to things that will make my life easier.)

There are some interesting things in Elixir/Erlang land. Is it possible to implement the “Let it crash” philosophy in other languages? A lot of people seem to chase the “new tech sugar high”, and it seems like Lispers had answers all along.

Plus, when I look at companies that use Elixir, it seems like a lot of social media/web 2.0/gig economy companies, or “$BLAH_BLAH for X” companies copying the latest money-losing unicorn out of “the Valley”. Not a lot of large corporations. I am not exactly Mr Corporate, but when I look at some of the lists of clients of Rails/Elixir consulting firms, I think to myself, “If all of these companies went under, I wouldn’t care and it would have no effect on my life.” A lot of hipsters may hate the idea of working for a bank, or an insurance company or a utility, and while trying to survive the yearly purge is draining, people actually use the services those companies provide. At least some of them in the case of banks.

If you are an Erlang/Elixir person reading this, you might be thinking “You got A wrong”, or “You should read B” or “You should talk to C”. Maybe. I have limited time. For now, if I pick a new direction, I would try Go before Elixir.

Here are some notes from 2015 or so that I looked at to write this, with comments and more recent links:

https://www.monterail.com/blog/2015/the-elixir-world
Has a link to a tweet that says:
#ElixirConf has a similar vibe to Ruby confs of ~10yrs ago. Excitement. Cool stuff being hacked on. Very thought provoking and energising.
Great
http://solnic.eu/2015/06/06/cutting-corners-or-why-rails-may-kill-ruby.html
https://solnic.codes/2015/06/06/cutting-corners-or-why-rails-may-kill-ruby/
Says monkey patching is killing Ruby

https://teamgaslight.com/blog/4-reasons-were-having-fun-programming-elixir
“What’s more, it’s just a blast in the same way that I felt when I first started playing with Ruby.”

http://www.creativedeletion.com/2015/04/19/elixir_next_language.html
“Like with Ruby 12 years ago, once again I feel that this new platform is so much better than the other solutions. And it is not just a gut feeling, there are rational arguments to back it up.”
What would be more rational is to not change languages every stinking decade.
“Another similarity is that Dave Thomas is also excited about Elixir and has written a book about the language.”
Are you being played here?

http://www.littlelines.com/blog/2014/07/08/elixir-vs-ruby-showdown-phoenix-vs-rails/
tl;dr Phoenix showed 10.63x more throughput over Rails when performing the same task, with a fraction of CPU load
Hmmm. When it was Ruby vs Java 10 years ago, performance was not that important. Now it is.

Another one, stating that a lot of Erlang/Elixir people do not understand “Let It Crash”: http://stratus3d.com/blog/2020/01/20/applying-the-let-it-crash-philosophy-outside-erlang/

Image from Codex Amiatinus, a 6th century Vulgate manuscript housed at the Laurentian Library in Florence. Image from Wikimedia. This image is assumed to be allowed under Fair Use.