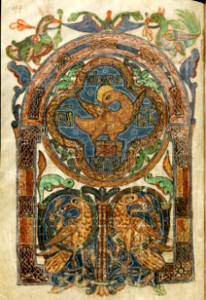 I completed an introductory Kotlin tutorial on Pluralsight.

Kotlin seems like an okay language. The one tutorial I went through did not touch on Kotlin Native, or Android, or web programming. I get the impression that Kotlin is mostly used for Android. I have little interest in mobile apps. And from what I read from a reliable source, Android apps are getting more complex (see here and here).

So I might put off learning more Kotlin for a while. Kotlin Native looks very interesting, but it is not covered at Pluralsight. Kotlin Native might be a less-painful way to do embedded programming. It would be really interesting if it could be used in robotics. I think that would open up robotics programming to a lot of developers.

I have started going through some of the “What’s new in Java X”, since honestly my Java skills are out of date.

There was a conference at CME about JVM languages about 10 years ago. One Groovy programmer said that as Java got more features, Groovy might become superfluous. To a certain degree, that seems to be happening.

Granted, it might appear that way to me since the Austin Groovy/Grails Meetup stopped meeting long before everything else stopped. And Ken Kousen does not mention Groovy a lot in his newsletter, and there has not been a new episode of the Groovy Podcast since 2020-08. I like Groovy, but why fight the tide? If Ken Kousen is spending time on other things, perhaps that is a sign of the times. I am already shaking one fist at the clouds by looking into Lisp.

One thing that I think held Groovy back is that you really have to know Java in order to use it. Knowing some C will probably help you with Ruby, but I think Ruby shields newbies from C better than Groovy does with Java. I think this is also true of Kotlin, but not as much.

Granted, from what I heard about the origins of Groovy, making Java easier without necessarily replacing seems like it was the point. But for someone who is new to JVM languages (or programming altogther), they kind of have to learn two languages at once. Plus when a lot of people get tired of Java, they tend to stay away from JVM languages altogether.

Maybe I should have found a way to keep the Austin Groovy group going.

I was hoping to get through as much Kotlin and Java on Pluralsight as I could before my subscription expires. But I might just renew it for a year so I do not put as much pressure on myself, and I can also spend time on other things.

Like Clojure. I got a few feelers about Clojure jobs, so I think I will get back to going through the functions in the core Clojure API. I made a list of functions that seem to take functions as arguments or return functions, or take predicates. I think I will look at some of those, since those are the functional parts of Clojure.

I found a tutorial on Clojure Spec (article here, Hacker News comments here), and some of it was new to me. It looks like Clojure is starting to encourage keywords to have namespaces.

Image from an 15th century manuscript housed at Stiftsarchiv, image from e-Codices, assumed allowed under Fair Use.