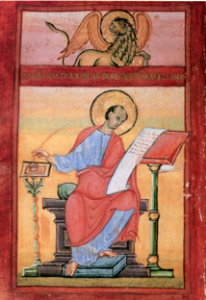 I have decided to focus on Clojure going forward.

I think of all the Lisps, Clojure right now has the most momentum. And I got a couple of inquiries about Clojure positions.

I have been going through the Clojure API, inspired by an article called “One Weird Trick To Become a Clojure Expert“. The article advocates going through the API alphabetically. Maybe I should have done that, but I think I might be better off going through a few books.

I know at some point I have to stop learning and start making something. But I think that going through the API might not be the best way. And the two are not mutually exclusive.

One of the books I will go through is the third edition of Programming Clojure. One of the co-authors is Alex Miller, who helps make Clojure at Cognitect. Clojure does things differently than other languages, and if anyone can explain it, it is the people at Cognitect. The same publishing company has a book called Getting Clojure, which is written by Russ Olsen, who also works at Cognitect.

Reading books by Cognitect employees is one way you can get Clojure.

Image from Ms DF III 3, a 10th century manuscript housed in the Strahov Monastery in the Czech Republic; image from Wikimedia, assumed allowed under Public Domain.