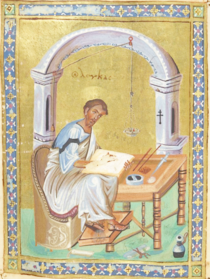 There was a meeting of EmacsATX, the Austin Emacs meetup, last week. There was no set agenda.

I started off by mentioning that while I have not continued working through Rainer Konig’s Org tutorial, I was using Org a lot more. I am using it to keep track of tasks. I am converting a lot of text files into org files, since a lot of topics in the files appear and re-appear. I also mentioned that I had started using the Emacs Desktop to save sessions. A lot of people were not familiar with that term. I don’t know why Emacs calls the file that saves session information the “Desktop”. Perhaps that is a holdover from the PDP-11 days. I used to keep an instance of JEdit open, and I am slowly phasing that over to an instance that uses the desktop. I also made an alias with “–no-desktop” so other instances to not try to use the desktop file. Since a lot of email is happening on GMail and Outlook, and the Emacs browser is not the greatest, it might be hard to do everything in Emacs these days. But I am using it more and more.

I am also using Org to write this post.

Anyway, one guy ranted about MELPA. He might make a blog post about it. I know some people do not think that Emacs handles packages and dependencies very well, but from what I have read, it used to be worse than it is today.

A few people talked about using LSP, the Language Server Protocol with Emacs. It started with VSCode. I think the idea is to make it easier for an editor to work with different programming languages. I don’t know if this makes language modes unnecessary in Emacs.

There is nothing planned for the next meeting. I pointed out that since EmacsConf 2021 is between now and then, we could watch the videos on our own and talk about them. A few people seemed to like that idea. I have a task tree in an Org file to watch the videos from prior years. This was the first meeting in a few months in which Sacha Chua, the organizer of EmacsConf, was not present.