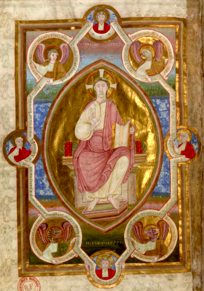 I have decided to focus more on Clojure, and start working on How To Design Programs (aka “HtDP”), and then onto Structure and Interpretation of Computer Programs (aka “SICP”). HtDP is written by the founders of the Racket project, and SICP uses Scheme (one of the authors, Gerald Sussman, invented Scheme along with Guy L. Steele; I think Scheme was Steele’s PhD thesis).

I looked one last time into The Reasoned Schemer. I changed to a different KanRen library. More of the examples worked, but this book is really not coming together for me as quickly as the other ones did. I think I will put aside the “Little” books, at least for the time being. I think it might be time to get ready to climb Mount SICP.

Many people have said that SICP is a good way to “level up” (as the gamer kids put it). Many people have said it gave them something like the famous “Lisp enlightenment”, that it altered their perception of how to make software and made them better. As the Teach Yourself CS site put it: Because SICP is unique in its ability—at least potentially—to alter your fundamental beliefs about computers and programming. Not everybody will experience this. Some will hate the book, others won’t get past the first few pages. But the potential reward makes it worth trying.

SICP is an introductory CS text used at MIT. The general consensus is that you will get more out of it if you have been in software development for a few years. It is a bit much for most people right off the bat. I have been through Simply Scheme, which states in the last chapter that it is intended to prepare you for SICP. HtDP was made as an alternative to SICP; the authors felt that SICP requires a lot of higher math, and if they made a less math-heavy alternative they could introduce more people to CS and help them become better programmers.

One of the authors of Simply Scheme wrote an essay entitled “Why Structure and Interpretation of Computer Programs matters”. He states that unlike other introductory textbooks, SICP does not spend a lot of time on the syntax of a specific language, but instead teaches broader concepts. Someone at the local Clojure meetup once said to me that if you can work through the problems in SICP, “you can solve any problem with parentheses”. In other words, you learn how to design programs.

A few years back, MIT (and a few other schools using SICP) replaced Scheme and SICP with other texts that use Python. Sussman said there were a few reasons for this. One is that he and Harold Abelson (one of the other co-authors of SICP) were tired of teaching the course after more than 15 or so years. Another reason is that SICP was designed for programmers who would make systems from the ground of using smaller components. Now a lot of programming is just linking or wiring together components that are black boxes. Sussman called it “programming by poking”. You could contrast this with the SICP style of “analysis-by-synthesis”. The site Lambda The Ultimate has a post with a link to a now-extinct blog post, but there is a quote that summarizes the ideas nicely. There is also a link to a thread on Hacker News. This have come up several times on Hacker News and Reddit.

There is a section in the preface to Simply Scheme that covers this:

There are two schools of thought about teaching computer science. We might caricature the two views this way:

(I think you could also call these the “business mindset”, and the “engineering mindset”: Do things in a way that the suits think they understand, or actually knowing what you are doing.)

Per a comment on the Lambda The Ultimate post, one of the authors of HtDP said that other departments sent students to their CS intro course to learn how to think. That is where I want to go. I feel that “programming by poking” is what I have been doing. I feel like I should be better at this than I am, and that there has to be a better way of doing things. Where “progress” isn’t just learning yet another vendor’s product.

Why not level up? Why settle for poor understanding? As one of the commenters on Hacker News put it: What about the people who make the black boxes? How do you know they know what they are doing? If you could learn to solve any problem with parentheses, why wouldn’t you?

The obligatory links (I have not gone through most of these):