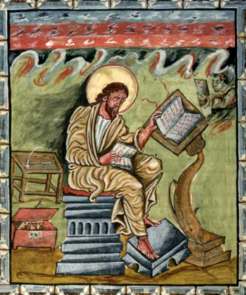 Last week there was another meeting of EmacsATX, the Austin Emacs Meetup.

I discovered that the two most recent write-ups were included in Sacha Chua’s Emacs news roundup. I guess that makes me the unofficial scribe.

If you have read any of these recent write-ups, you will not be surprised to read there was no set agenda. Do not make this a drinking game. However, The Organizer [Note 1] did ask for topics at the beginning rather than at the end.

Member #1 [Note 2] spoke about sockets and domain sockets for about ten minutes. When we decided to start talking about Emacs, there was some silence.

Member #2 started talking about projects in Doom Emacs. Their Org file had different level in different font sizes. Their Emacs terminal looked like a tag cloud. I do not know much about projects in Emacs. I will add that to my ever-growing to-do list in my ever-growing Org file. I have worked with projects before (Maven, Gradle, Rails, etc), but I am just not sure what Emacs has to offer. Perhaps there is an EmacsConf video that talks about projects. I just started going through the EmacsConf videos; I am on the third for 2013.

Member #2 also talked about circadian. It is a mode that changes your theme based on the time of day.

Members #2 and #3 started talking about themes. Both of them worked on themes. Member #3 pointed out that many themes do things differently, and if you switch themes that some of the attributes of the first theme are still in the system. Perhaps something could be done about the process of making themes.

Lastly people started comparing Clojure to Emacs Lisp. The consensus was most people liked Clojure better, mostly due to its data structures and destructuring abilities. The Organizer implemented the Clojure comment macro in Emacs Lisp.

Note 1: “The Organizer” does sound like it could be a cool nickname if you know how to work it. “I am here to kick ass and run through our agenda, and as usual we don’t have an agenda.”

Note 2: I give people numbers since I do not know if they want their names in this write-up. Think of it as the stoner’s version of the Chatham House Rule. I figured that numbers are a little clearer than “someone said this, and someone else said that, and a third person said something else”. For the record, there were about seven people there.

Image from Gospels Codex 56, a 9th century manuscript of the  Archbishop’s Diocesan and Cathedral Library in Cologne, Germany, assumed allowed under Public Domain.

There are 430 words in this article.