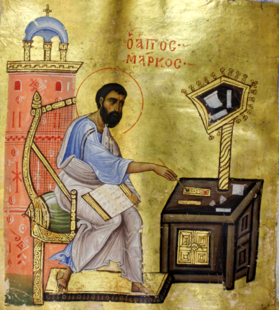 Last week there was another meeting of EmacsATX, the Austin Emacs Meetup.

As usual, there was no set topic. I said one reason I have nothing to offer is that while I have still not finished Rainer Konig’s Org tutorial on Udemy, I have gotten a lot of mileage out what I have learned. Emacs people have a reputation for spending as much time configuring their systems as using them. I still pick up little bits and pieces and make small changes here and there, but for the past several months I have just been using what I know.

The official topic was “Emacs Social”, and there was as much general socializing as there was talk about Emacs. I mentioned that I have been putting notes online and that Sacha Chua picks them up, and nobody had any objections. We seem to be one of the more active Emacs meetups. One person mentioned that there are active Emacs groups in San Francisco and Berlin. Whoever mentioned the Berlin Emacs meetup said their presentations are in English, and one of their most frequent presenters lives in Spain.

We had a few people from out of town. There was a professor of biology at a university in Oklahoma. I asked him if had heard of Clasp, which is a Common Lisp implementation that was made to interoperate with C++ libraries. I think the guy who started it is a professor of biology or chemistry. The professor in Oklahoma said he had not heard of it, and said it looked very interesting. We also had a C++ programmer in California. I think he works on LIDAR and embedded systems.

There was some talk about Helm and Selectrum. I tried Selectrum in my Prelude config, but I did not like it. My Emacs config is based on the Brave Clojure config, and it uses Ido for completion (see Emacswiki page here). I tend to do a lot of things with M-x and autocomplete instead of remembering new chords when I learn new modes. I think the Brave Clojure config includes Smex, which uses Ido. I wish Ido and Smex listed the functions in alphabetical order. Maybe it can. I will look at the manual more closely. I tried Ivy and Selectrum in Prelude, but while they do list things alphabetically, they list them veritically, push up the status bar, and eat up screen real estate. I prefer keeping the options in the status bar and not obscuring the file I am editing.

I tried Helm in Prelude, and I got this error: Warning (initialization): An error occurred while loading ‘/home/ericm/.emacs’: File error: https://melpa.org/packages/async-20210823.528.tar, Not found To ensure normal operation, you should investigate and remove the cause of the error in your initialization file. Start Emacs with the ‘–debug-init’ option to view a complete error backtrace. And there was some grumbling about packaging in Emacs. The guy who complained about packaging a couple of months ago was not there that night.

There was some discussion about VS Code. I don’t remember how the subject came up, but people into Emacs do not have much interest in or love for Microsoft. I mentioned post on Hacker News asking why do people still use Emacs and vim, and a few people posted that in the past decade we have seen a lot of editors be the hot new thing: Eclipse, Sublime, Atom, Lighttable, now BS Code. Meanwhile, Emacs people just kept using Emacs.

One person asked if anyone used Gnus or used Emacs to read email. The Organizer mentioned that this topic comes up quite a lot. Perhaps someone will present. One person pointed out they tried to read their GMail with Emacs, but they got tired of playing cat and mouse with Google. Apparently Google keeps changing the requirements to hook into Gmail, and this person decided it was not worth it.

Someone then shared their screen showing a Rubik’s cube in Emacs. Then people started talking about using robots to solve and scramble Rubik’s cubes. I had to drop off at that point, but it felt like Emacs had left the building.

There are 747 words in this article.