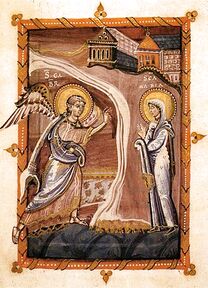 The original post is on my site ending in dot Net on Linode. This is a mirror post. Eventually everything will just be here.

I plan on making a few changes to this site.

First off, I plan on moving to a different host. The domain might change from dot net to dot info. I will see if I can get the new host to point both domains to the same place.

This site is currently on Linode. I think they will start charging me sales tax. They sent me an email asking if the account was personal or for a business. It probably won’t be a lot, but then why should I pay for it? I use a shared host for email and hosting the images. I will probably just move it all there. Plus with Akamai buying Linode, it seems like the universe is sending a message. As one commenter put it, I prefer people who make technology decisions sitting in front of their laptop, not people who make technology decisions at the golf course.

I wonder if the email about sales tax was because of the merger with Akamai.

The image of Linux that I am using is 32-bit. I don’t think there will be any updates for it. I was planning on migrating it to 64-bit, but I think it’s time to make a change. I have been with Linode a long time; according to my control panel, my instance was created on 2009-06-13 05:48.

I used to run my own email server, and I still run my own webserver. I am not sure it’s worth it for me right now. I got things to a point where I want them, but every now and then things blow up and I have to spend a lot of time fixing them. I think my time is better spent on other things. I can see why people get grumpy in their old age; you just want fewer things to deal with and keep track of. “Who can spin the most plates in their head” is a stupid game to play, whether you realize you are doing it or not. (Stupid people never realize they play it, while a-holes think it’s fun and drag other people into it.)

A few years ago when I ran my own email server, I used to host a domain where I talked about politics. Once I wrote a post that made it very clear I do not like Trump, the GOP, or the Russians, and I think the Trump campaign was colluding with the Russians (actually, he is so stupid I think they used him, and he thinks he used them). Maybe it’s an amazing coincidence, but a couple of days after that post I could not check email. The dead letter table in the database was so full it used up my disk quota. I was still able to run queries. Just about all of the emails in that table came from a .ru address. It has not happened before or since.

If you are one of those people who thinks that anything that makes Trump look bad is a false flag: You need to stop that. Sometimes things are exactly as they appear.

As stated, the URL for the site might change, so anyone getting their Emacs ATX fix might be in the dark for a period while things work out.

Another change is that I am thinking about moving from WordPress to ClassicPress. WordPress is phasing out their old GUI editor in favor of the Gutenberg editor. I do not like Gutenberg at all. I guess it is made for designers. I just want to be able to put in some text like I always have. The developers of WordPress are becoming like Microsoft: Forcing a change I do not need to solve a problem I do not have.

The developers of WordPress keep extending the date they will stop supporting the Classic Editor plugin. If you look at the reviews for the Classic Editor and Gutenberg plugins, I think it is fair to say the reaction to Gutenberg is not universally positive. It looks like the WordPress developers are trying to go all-in on Javascript. I think Javascript is a cancer on technology.

Not to get too meta, but the first version of this post became a rant on Javascript, and went off-topic. I will save it for later.

One reason to use a CMS over a static site is that it makes searching for things easier. If you allow comments you have a cheap contact form. I might also have to work on the images again. But I think in the long run this will free up some time for me.

Image of the Annunciation from the Hitda Codex, an 11-century manuscript housed at the Hessian State Library (link to Wikipedia here), assumed allowed under public domain. It is not the same manuscript as the Hidda Codex.

2 thoughts on “Changes To The Site”