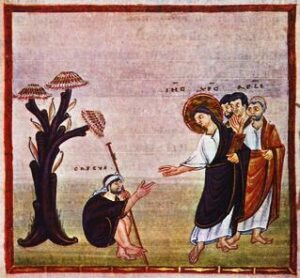 This is a follow-up to my previous post about making changes to the site.

I moved my site to a managed host. I decided to stay with WordPress for the time being. I tried moving to ClassicPress, but I could not get it to work. I could log into the admin page and see the list of pages and posts, but when I went to the URLs they were all blank. The ClassicPress forum had some posts about this. The solutions involved editing the .htaccess file. The reason I went to a managed host is that I do not want to do that sort of thing. For the time being I am still able to write my pages in Org Mode, export them to HTML, and copy and paste into the Classic Editor. When that stops working, I will find a new solution.

I downloaded my images beforehand, and I had to re-upload them. Going through it all, I realized I could consolidate some posts. This site is a record of my life (even if nobody else is paying attention), but it’s not a legally binding document. Instead of keeping ten short posts about something I am not working with anymore, I could consolidate them into one post.

I used to use a twitter plugin that posted all my tweets to this blog on a weekly basis. The developer who made it died of cancer a few years ago, and the other options were not as good, so I stopped. I could probably just have a post for all the tweets by year. I also have some posts about an old version of Apache James that the project says you should no longer use. I will consolidate those. I will keep them because I got several comments and emails from people who told me that my pages were more helpful to them than the official docs on the Apache site. I am not using the current version of James, so you are on your own.

I have also gotten compliments about wiki pages I have made at various jobs. A lot of people like to keep more information in their heads than they need, or think the answer is to throw it into the black hole of Sharepit. As proponents of checklists like to put it: Our brains are for generating ideas, not simply holding information. At some point I will read through the Grand Unified Theory of Documentation (links here and here, with Hacker News posts here, here and here). I think the ones people find the most helpful are tutorials and how-to guides.

I just found out today about another MS product called OneNote. In addition to Sharepoint and Teams, MS has given us THREE ways to lose information.

I might also consolidate some of the Groovy Validator and Groovy Email Server posts. It looks like Groovy is not a direction I will be taking. Even Ken Kousen doesn’t spend as much time with Groovy as he wish he did. Sometimes things don’t work out.

Image from Codex Egberti, a 10th-century manuscript held in the city library of Trier; image from Wikimedia, assumed allowed under public domain.