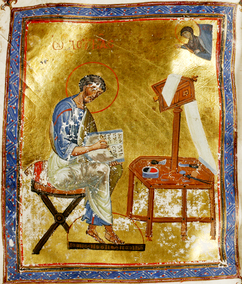 Last week there was another meeting of EmacsATX, the Austin Emacs Meetup. This time there was a pre-determined topic: debugging in Emacs.

Before the main topic, one member mentioned rational-emacs (now called Crafted Emacs), a new Emacs configuration. This was started by the same people behind System Crafters. They have a channel on YouTube with playlists about Emacs, Emacs Lisp, Org Mode and GNU Guix, a Linux distribution I had never heard of (home page here, Wikipedia page here). You can find links to all the playlists and video series on the System Crafters site. I do not remember the name of the member who talked about rational-emacs, but they have made some contributions. They also talked about skeleton, which I guess is a templating system (my notes are vague on this). Several commenters on this Reddit post say that skeleton is part of base Emacs, but I did not see skeleton in the index page for the Emacs documentation. rational-emacs will be the topic next month.

The main topic was debugging in Emacs. The reception from the group was positive and people said they learned a lot. Some people did not know there were two ways to debug: using the Lisp debugger and using Edebug.

I had a hard time following along with the examples. I do not like using key chords anymore if I can avoid it. I use some for the common commands that I learned years ago, but for new things I prefer using M-x and typing the function with Ido and smex performing autocompletion for me. I thought this would be better than remembering lots and lots of key chords, but this time my way did not help. The presenter just said, “We hit control-this meta-that, and the universe opens up in all its heavenly glory”, and I was totally lost. I know most people prefer key chords, so I didn’t say anything. I was able to step through a function using the steps the presenter gave, but when I tried it a second time, nothing happened.

I did find a few links for future reference: A couple of pages on Endless Parentheses here and here, and the chapter on debugging in the Emacs Lisp manual.

Another member made a short presentation on a mode he made for Portable Game Notation (PGN), a text format to record moves in chess games. He based it on prog-mode using define-derived-mode and make-syntax-table. He said it was a simple mode and for now just did some syntax highlighting.