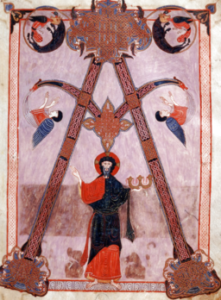 This is the second (and probably last post) about my time with CJUG and CJUG presentations.

I downloaded the posts from the old CJUG blog, and kept them on my website for years. I have decided to get rid of those posts. Here I will make a few notes about the projects/frameworks that are still around and/or look interesting to me. You can still find the old CJUG blog at archive.org (you might have to use the side menu to look at the old posts). I did not attend any CJUG West presentations.

Before going through the old posts, I had this notion that CJUG had dwindled to nothing before I showed up. That is not entirely true. Until about 2008 there were a lot of people attending. They had some pretty big names come in: Gavin King, Martin Fowler, Marc Fleury. Then for a while it was pretty bare. Sometimes it was just me, a guy named Rakesh Vidyadharan (who was the acting president for several months) and the presenter. Sometimes Rakesh was the presenter. But there were some meetings at Loyola that had decent turnouts, sometimes a dozen people. Rakesh did a good job of building it back up and kept things going when nobody else would. The meeting where the presidency was handed off to me had a decent turnout. (This was also the day of the infamous meeting where we had to change buildings.) The handoff had to be postponed for a month.

Still, I think it is fair to say that before I took over attendance had gone down a lot. Most of the board and officers seemed to move on. One was getting his masters in CS (at Loyola). A couple of others went on to Rails (this was about the time Rails was setting the world on fire). After I started running it, we never had single-digit attendance again. All in all, I would say I did pretty well.

I think I got the job because nobody really wanted it. Java had lost some of its buzz. I have a blog post about the CJUG elections stating that 2 people applied for 4 positions. I think it was Homer Simpson who said the most beautiful phrase in the English language is “by default”.

Before I became President, I spoke to someone who spent a year in Salt Lake City. He told me that he got a lot of reminders about presentations in Salt Lake City, and not much from CJUG. I did start posting more to the list and the blog. Afterwards I always posted to the blog thanking people for attending, thanking the presenter (when it wasn’t me) and thanking any sponsors and our hosts.

I imagine that running a group now is a lot different. You can have meetings over Zoom or WebEx, so space and food are not a problem. Content is still a challenge.

Image from The Codex of Fernando I and Doña Sancha, aka Beatus Facundus, an 11th century manuscript manuscript of ‘Commentary on the Apocalypse‘, written in the 8th century by Beatus of Liébana; manuscript created at monastery of Santo Toribio de Liébana  (Wikipedia page here), currently housed at the National Library of Spain; manuscript information here. Image from World Document Library, licensed under CC BY-NC-SA 4.0.