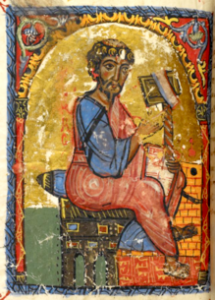 There was another meeting a couple of days ago of EmacsATX, the Austin Emacs Meetup group. For this meeting there was no predetermined topic.

I will tell you up front there was a lot of talk about Doom and running Emacs on Windows, neither of which interest me. Then again, you can get Emacs to do anything you want, so this may interest you.

#2 was a developer in the Dallas-Fort Worth area. He tends to talk quite a bit. Kind of like our non-professor developer in OKC. Now that I think about it, I don’t those two have ever been at the same meeting. Coincidence? I think not.

#3 was one of the organizers, formerly worked for the City of Austin. Now your complaints must be taken elsewhere. He did not say much while I was on the call.

#4 had just come back from Europe, and is a developer in Austin. Everyone else seemed to know him, but I did not recognize his face, his voice or his handle. At one point he made a comment that he got a programming job “off the street”. I do not know if that means he scraped by getting a CS degree, or if he was in a non-STEM related field and decided to do something different with his life.

I called in a bit late. #1 was sharing his screen and trying to get emacsclient working on his Mac.

Then #2 and #4 talked about getting Emacs working on Windows with Windows Subsystem for Linux. If you can use Emacs, then you should have no problem with Linux. And why not just run straight Linux? I do not like MS, and I do not trust MS. I got a mini from System 76 with PopOS pre-installed, and it works flawlessly. MS might consider people running Linux to be a problem; I think that is the solution. WSL might be solving a problem MS has, it is not solving a problem I have. Maybe the guy is a hardcore gamer. Still, I think most developers can shell out enough cash for another system. I would never want to discourage people from running Emacs, but it looks like #2 and I see some things differently. (Perhaps that is inevitable with something as customizable as Emacs.)

Granted, he has a job where he uses Emacs all day, so he is doing something right. #2 also mentioned they recently converted a few vim users to Doom Emacs, and one of them said it changed their life.

#2 said running Doom Emacs on Windows was difficult. Apparently Doom uses some C libraries that are not available on Windows. I have no interest in Doom, so I did not ask for details. Later #2 mentioned that he was able to run Doom with multiple profiles without using Chemacs. I would not be surprised if multiple profiles becomes a feature in future versions of Emacs.

#2 also mentioned MS Powertoys. At first I thought he was being facetious and making fun of something called “Power Tools”, but I checked, and, no, it is actually called PowerToys. The jokes write themselves. The page on MS’s site describes PowerToys as “Utilities to customize Windows”. Unfortunately, MSPT would not let #2 make the adjustment he REALLY wanted to make, which sounds like Peak Microsoft.

#4 said they use Emacs for Ruby and Go, and that led to several minutes of people offering their opinions on Go. I have tried it out a bit, and constantly checking if something is nil gets old fast. #4 had heard people say bad things about it, but when he tried it he liked it. #2 and #4 both use Doom, and like #1 use Emacs for Clojure.

#2 mentioned that a recent change in Emacs resolved the “long lines” issue. I think he might be referring to so-long, which was mentioned on Mastering Emacs (also see EmacsWiki page, ELPA page, Savannah page and source page).

The last topic was Brushes With Greatness. #2 had a talk with Simon Peyton Jones at Strange Loop where SPJ gave a talk on “Shaping our children’s education in computing“. #2 mentioned a few things about Haskell that he did not like, and realized it was a mistake. SPJ was not a jerk, and he actually seemed interested in making Haskell better and hearing what #2 had to say, but he was asking questions at a level of detail that #2 was not able to answer.

#1 talked with Rich Hickey at ClojureConj a few years ago. RH uses a minimal setup: Just paredit (see pages on EmacsWiki and WikiEmacs) and Inferior Lisp mode. #1 asked RH if he did any web development, and RH said that he thought web development was too complicated. #1 and #2 thought it was interesting that some big names in development who work on some important projects have some of the simplest setups.

I give people numbers since I do not know if they want their names in this write-up. Think of it as the stoner’s version of the Chatham House Rule. I figured that numbers are a little clearer than “someone said this, and someone else said that, and a third person said something else”. People’s numbers are based on the order they are listed on the call screen, and the same person may be referred to by different numbers in different months.

Image from Harley MS 5647, an 11th century manuscript housed at the British Library, assumed to be under public domain.