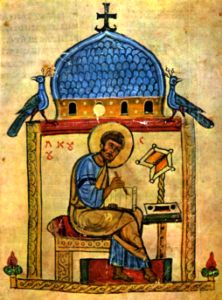 #2 was one of the organizers, and formerly worked for the City of Austin.

#3 was the professor in OKC.

Two months ago we had an attendee in Japan. This meeting we had attendees from both Europe and Asia. If we get one each from South America, Africa and Australia, then we will have attendees from each populated landmass. Someday we might get someone out there who has used Emacs for scientific research in Antarctica.

I googled “Emacs Antarctica”, and I found out there is another software package called EMACS: Electromagnetic Airport Control and Survey. It is used to monitor electromagnetic radiation at airports. I also found an article from Linux Journal from 1994 about Australian researchers using Linux all over Australia, even on their bases in Antarctica. There is only a brief mention of Emacs in the article. It is listed with other software that was installed “to make life a little easier”. I guess they did not like vim.

As vim boosters love to point out, you should use vim because it comes with Linux. Kind of like how your Luddite relatives use Windows because that is what was on the machine when they bought it at Best Buy. In all seriousness, there is nothing wrong with buying stuff at Best Buy, but if you are going to spend all your time in a text editor, inertia is a terrible criteria.

As usual, there was no set topic.

When I joined, #1 said that he updated his Mac laptop and everything broke. I am not a Mac person, so I just waited until the topic changed. Someone told #1 to try the Emacs For Mac OS X site to get new binaries.

There was some discussion about features coming in the next version of Emacs. #5 mentioned pgtk, or pure GTK. From googling, the benefit is that there are a few GUI backends to Emacs for different OSes, and pgtk should make Emacs look better and run more quickly on multiple OSes. I use Emacs with the –no-desktop command line switch, so I might be wrong about pgtk’s benefits. #3 started using nightly builds, and found out there is a new command line switch: –init-directory, that might make chemacs2 obsolete. #1 pointed out that native compilation was supposed to be in 28, but got pushed to 29.

#1 was having some issues with git and Emacs. He uses dired instead of his OS’s file explorer interface, but when he moves a file in dired he loses the git history. He asked the other attendees if there was a solution. Someone suggested he try magit. I will ask him next month if he resolved his issue. The magit site is here, the Magit docs are also on EmacsDocs.

#1 and #2 talked about Javascript for a few minutes (another topic that does not interest me). They compared the relationship of ClojureScript to Javascript to that of Clojure to Java: Clojure started out with a lot of wrappers around Java libraries, but now seems more “filled out” (#2’s term), which ClojureScript does not seem as advanced. They said a lot of ClojureScript projects that they are close to have been re-written in Javascript. I pointed out that the Brave Clojure jobs list seems to have more ClojureScript jobs than Clojure jobs, which depressed me and surprised the other two.

At the meeting before the prior meeting, The Artist Formerly Known As #3 talked about his experience w/XEmacs. At some point I came across SXEmacs. Some developers forked the XEmacs source code and are trying to keep the dream alive. I did not try it out, and I have no idea if it can work with a current GNU Emacs config file. The last commit was a year ago. I don’t know if that means the developers have it at a point where they are happy, or if they have abandoned the project. You have to join the mailing lists to view the archives, and I did not feel like joining just to see if it is still active.

It looks like a one-man show. This reminded #5 of TempleOS. I don’t think it is a fair comparison. The TempleOS guy really did go crazy. I think it’s funny that the maintainer of SXEmacs says he will not “tollerate” fools (page here, Wayback Machine snapshot from November 28, 2020 here). I have to admit, for a long time, one of my fears was misspelling “intelligent”. Perhaps it’s time to add spell check to SXEmacs.

Someone pointed the group to Rust Emacs, an attempt to port Emacs to Rust. It has not been maintained. The language stats for the project are interesting:

I admit I do not know a lot about Rust. I always thought that Emacs was written mostly in Emacs Lisp, with the Lisp interpreter written in C. I assume that the main task would be to re-write the interpreter in Rust. But they have 10 times as much C as Rust. #2 thought it is odd that the Rust community seems so gung-ho about writing everything in Rust. Then again, when you are trying to replace C, you have to be gung-ho.

I asked #4 and #5 to introduce themselves since they were new. #4 is a developer in India. He uses Python, R, and Org mode, and is interested in literate programming in Org. #5 is a PHP developer in Poland. He has been using Emacs for four years, and intends on diving in and learning more about Emacs, Lisp and Clojure. His goal is to live in Org mode. He likes Emacs because he can execute PHP in Emacs. #1 told me it is possible due to Org Babel.

#4 then shared his screen and showed us how he does literate programming in Org. He was able to put images in his Org files and resize them. This is similar to how #3 in OKC uses Org, and he was very interested in doing more with images. They were exchanging ideas that were over my head, since I do not use Org the way they do.

At first #4 was not able to share his screen. Then he switched from Firefox to Chrome, and we could see his screen. We were using Webex for the meeting. So if you ever have trouble sharing with Webex, try a different browser.

Image from Dobrilovo Gospel, a 12th century manuscript housed at the Russian State Library; image from Wikimedia, assumed to be under public domain.