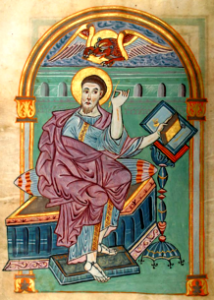 #2 was one of the developers in OKC (not the professor), aka The Artist Formerly Known As #3.

#3 was one of the organizers, and formerly worked for the City of Austin.

#2 did most of the talking. There were two general themes: Crafted Emacs and the book Mastering Emacs. He recommended that everyone read Mastering Emacs. When he read it he had been doing Emacs for thirty years, and he still learned something from it, even though it is geared towards beginners. I think I was the only one who had not read it. The group thought that it would be great if the book talked about Org Mode, but it is still worthwhile. The book explains how to get information from Emacs itself, and on customizing it. It emphasizes using the customization buffer to make changes as opposed to using Emacs Lisp. I think Emacs Lisp is not covered in the book; #1 has given a few presentations on Emacs Lisp. #1 and #2 thought the output of the customize interface was difficult to parse.

#2 went over a module he added to Crafted Emacs that incorporates a lot of the information in Mastering Emacs. He also compared a few external packages to their corresponding built-in alternatives, such as how Emacs help is different than the “helpful” package. (Is there a package out there called “useless”?) Helpful provides more information (hence the name), but each call opens a new buffer, while with the built-in help you can control the windows and frames with your configuration. #2 mentioned dedicated windows, which is a term I had never heard. A few other packages that were mentioned were ibuffer (see here, here and here), dumb-jump and ripgrep. One of them mentioned flyspell (see here and here); a lack of spell checking is starting to bug me in my Emacs usage.

#2 used a LOT of key chords. I do not like to memorize key chords, but I admit it looks more impressive when someone is going through buffers, windows and frames and making changes with key chords as opposed to M-x wait-for-me-to-find-what-I-want.

At one point #2 admitted he pointed at screen with his finger while on the call; nice to know I am not the only person who does that. He also used “a priori” in a sentence outside of a philosophy class. You don’t hear that very often. In 1992, I heard someone use “i.e.” (as in “id est“, or “that is (to say)”, not Internet Explorer). Pedantic points for everyone.