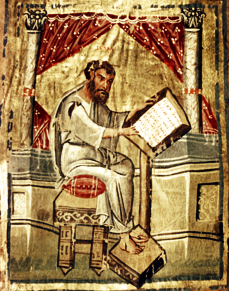 There was another meeting a week ago of EmacsATX, the Austin Emacs Meetup group. For this meeting there was a predetermined topic.

The topic was “Mastering Crafted Emacs”. The speaker was one of the developers in OKC (not the professor), aka The Artist Formerly Known As #3. He gave a more formal talk similar to the off-the-cuff one he gave the previous month on Crafted Emacs, particularly a module implementing configuration options covered in the book Mastering Emacs.

Fourteen people were on the call. We did not go around the horn and introduce ourselves. I did look at a few of the Meetup profiles of the respondants. I think we have a person in India, one in Germany, and one in Nigeria. So now all we need is someone from South America and Australia, and our global dominance is complete. A few people dropped off during the presentation; for the international members, it was very early or very late.

This time, he presented the information in a different order. He went over the basic concept of Crafted Emacs (not as complete as Prelude or Doom, but not leaving you high and dry either; you can still do it yourself without having to do it all yourself). He talked about Mastering Emacs, and again recommended that everyone get it. Even an experienced Emacs user can learn something, and you get free updates for every Emacs release as long as he keeps updating it.

The module can be found here on Github. It provides completion, window configuration, buffer switching customization, and turns on the following modes: winner-mode, flyspell-mode, ibuffer, and uses hydra to configure dumb-jump. He made a VM on his machine, and started with a fresh install of Emacs. He then added Crafted Emacs, and enabled different parts of the file and demonstrated what capabilities it gave him.

There was some general discussion after the presentation. Most of the questions were answered by The Artist Formerly Known As #3. Someone mentioned Tree Sitter (site here, Github repo here, Emacs module site here, Emacs module Github repo here). Per its website, Tree-sitter is a parser generator tool and an incremental parsing library. It can build a concrete syntax tree for a source file and efficiently update the syntax tree as the source file is edited. It can be used for syntax highlighting, and it can prevent your syntax highlighting from breaking when you start typing. Most language modes would need to be re-written since they currently use regular expressions. It would allow Emacs do for other languages what Paredit does for the Lisp family: you can hide sections of the code, like loops and if/else branches, instead of just folding methods or functions. Combining it with Language Server Protocol could make Emacs more competitive against IDEs. Quite a few members were excited about it. I thought it was another example of languages finally being able to do something that Lisp could do for years, which is a good summary of the past 40 years of computer science.

Another member asked about require and use-package. The basic idea is that use-package is a macro that calls require, and throws in some housekeeping like error-handling, as well as installing a package on your system if it is not already there. Unlike a package manager, use-package will not keep packages up to date.

A couple of members also talked about corfu and company, which both handle completion. There is an article comparing them here. One member said that understanding search and search results can make you faster if you are good at them.

I am not the official spokesperson for the group. I just got into the habit of summarizing the meetings every month, and adding my own opinions about things. That said, if you like something in this post, I will take credit; if you don’t, in this case you get what you pay for.