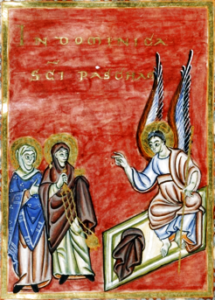 About nine months ago I got a small desktop computer running Linux from a company in Colorado named System76. I got the Meerkat. I still have to use Windows for work, but after about 21 years of either dual-booting or having one each of Linux and Windows, my machines are now free of Microsoft.

There is a saying that BSD is for people who like Unix, and Linux is for people who hate Windows. Either way works for me. One reason I went with System76 is that I wanted to buy something with Linux pre-installed [Note 1]. I think it is important to send a market signal that there is demand for Linux. Yes, I could buy something with Windows on it and install Linux. But I am tired of installing OSes. And it does not seem as easy as it used to be. I know that Unified Extensible Firmware Interface (UEFI) has replaced BIOS. I think I do not quite get the difference between a BIOS and a UEFI, and I do not care. I do not want to spend my time with low-level stuff. I have read some articles and comments that UEFI makes it harder to install Linux (or at least it did: see articles here and here). I think for a while Microsoft was the only UEFI signing authority.

Some people have suggested that I go for Apple. From one proprietary vendor to another. How much money does MS get for a laptop with Windows pre-installed? Maybe $50 or $100? Giving Apple an extra $1000 to not give MS $100 does not seem smart, especially when Apple is not what I really want anyway.

I also wanted to get away from Ubuntu. So far I have liked it, but I do not like working with snaps (see Hacker News posts here, here, here and here). They use a lot of disk space, sometimes they use up a lot of memory, and they tend to update whenever they want and not what the user wants, sort of like Windows. System76 has an Ubuntu derivative named Pop!OS (page here, subreddit here; and yes, the exclamation point and underscore are part of the name) and it does not use snaps. Another Ubuntu derivative named Linux Mint has also dropped snaps (HN threads here and here). If I had to install, I think I would go with Mint.

Before this I had two laptops: one I got used in 2017 from a local vendor named Discount Electronics that I installed Ubuntu on that I used as my main system, and one that I got in 2014 running Windows 8 that I mostly used to collect podcasts and watch videos. The Windows laptop was getting slower and slower, the battery stopped working a long time ago, and it would update whenever it wanted. When it tried to update, I used to try to tell it to update in 5 or so hours, but then it would bug me again five minutes later. Typical Windows: doing what it wants, and not what I want. At some point, it took so long to start up I thought that it was only a matter of time until it died and I should replace it soon.

I looked around for a few vendors. I asked on a local list about minis [Note 2] and laptops. I mentioned System76 and the Librem Mini by Purism. Someone else mentioned minis by Simply NUC. Other Linux vendors include KFocus by MindShare, Tuxedo Computers, Raptor Computing Systems (their systems run Linux on Power chips and are very expensive) and Starlabs Systems (their systems do not contain dark matter). Lenovo sells system in the US, but a lot of people do not trust them. Although I did not go with Ubuntu, they do have a list of hardware certified to run Ubuntu; it is a good resource to have if you want to install something a distro derived from Ubuntu.

I like the Meerkat. I had to buy a USB port because it did not have enough ports for me (sometimes I hook in a flash drive and headphones while my mouse and keyboard are hooked in). I also had to get an adapter to go into the USB port because the audio jack was not compatiable with my speakers. It seems to add OS updates more frequently than I expected (not necessarily kernel updates, but other packages it labels as part of the OS), and I am not able to make a few small configurations that I can on my Ubuntu machine. For some reason there are two Emacs installations on the system. And it still comes with vi installed. But other than that, I am happy with it and I would recommend it to anyone who wants a Linux system. I like the fact that OS updates might require a restart, but I can put that off as long as I want.

To sum up, I like System76. As ads would say in the days of yore, they are purveyors of fine Linux machines, and make systems that can handle your computing needs.

Note 1: I posted a question asking for recommendations for Linux machines. I said I wanted to buy something pre-installed. Someone asked me why. Why not? I am tired of installing OSes. I do not want to get something to have an excuse to install an OS. I have done more times than I wanted to, I never learned anything from it, and I am tired of doing it. I realize that somebody has to know how to do it. That does not mean everybody has to know it.

In the past I have asked people if there are routers with Linux pre-installed, mentioning that while I could install Linux, I have no desire to do so. Almost every time, some idiot says, “Why not install OpenWrt?” Because I am sick of installing OSes. If someone says, “I do not want to do X”, and you suggest, “Why not do X?”, you are not insightful, you are not funny, you are just being a jerk. Or at best obtuse

Note 2: Some jackass replied “Eric, you’ve got to make sure you keep your terms proper and straight. A mini-computer is one step up from a PC, and the next step to a main frame. These are very much like running a very big system.” First off, Dick, we are not friends. I have no idea who you are. Do not refer to me on a mailing list by my first name. Your parents must have seen the future when they decided to name you “Richard”. Secondly, the vendors call them minis. That works for me.

Most of the responses were constructive. Just not that guy.

For a community that talks a lot about freedom, some Linux people have very rigid ideas about how other people are supposed to act.

Image of the women at the tomb from Poussay Gospels, a 10th century manuscript now housed in the Bibliothèque Nationale de France, image from Biblissima Portal, assumed allowed under Public Domain. Telling people that death has been conquered seemed like an appropriate image.