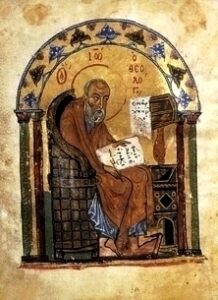 #1 was one of the organizers. He used to live in Austin, but is now somewhere in East Texas.

#2 was a developer near Dallas. He has been to a few meetings in the past.

#3 was one of our developers in OKC (Still the Artist Known as Number Three).

#4 was a developer in San Antonio. I think this was his first time.

#5 was a developer in Seattle, who was originally from Romania.

This meeting was just a few days after EmacsConf 2022. #3 and #4 listened to some of the talks as they happened.

They both listened to Richard Stallman’s talk What I’d like to see in Emacs. They agreed with Stallman that configuring Emacs with Javascript would be a bad idea, although they were against it for more technical reasons. I think using Javascript for anything is a bad idea. Stallman said he wants to be able to edit formatted documents with a WYSIWYG interface. #4 said he asked Stallman about this during the talk, since #4 felt that a WYSIWYG interface would tie information to its style or appearance and guide or possibly limit the users’ thinking, whereas a text-first philosophy allows people to process information they way they want. Both he and #3 did not feel Stallman really answered the question, or had thought it through very well.

The WYSIWYG topic led to lots of talk about what sites can run in Emacs, cookies, JS, and what should Emacs be able to do.

#3 thought it was interesting that Stallman does not use packages.

Someone mentioned that they were shocked Stallman did not know what Magit is. I did some digging, and the only reference I could find to this was a post on the Emacs-development mailing list in 2014. AustinATX did not start having evening meetings until 2016, so I was not as plugged in to Emacs as I am now. I have heard in the past few years that some people have gotten into Emacs because of Magit. I have no idea if that was the case in 2014.

There was some talk about EmacsConf and conferences in general. #3 liked that the talks at EmacsConf were short, like lightning talks, and that left more time for Q&A. #2 said conferences exhaust him. I mentioned that every time I have gone to a conference with two tracks, there will always be a time slot with two talks on topics that interest me, followed by a time slot in which neither topic interests me. A few times I went to conferences and stayed at a less expensive hotel; each time I wound up paying the difference in parking or cab fare.

#3 want to go back and watch EmacsConf presentation on eshell. #2 watches videos by browsing feeds from sites rather than sites themselves with elfeed; for YouTube he uses elfeed-tube and youtube-sub-extractor. I will have to look into these. I use emacs with the –no-window-system switch, so I will have to make a new alias to try this stuff. Anything GUI or pretty does not render when Emacs is run in terminal mode.

At some point I mentioned I bought Mastering Emacs over the holiday weekend. The author ran a sale for 20% off. He runs sales a few times a year. Keep an eye out for a good deal.

There was talk about ChatGPT. Most of us were worried about our futures.

#2 had a suggestion for next meeting: pool ideas about what we want in Emacs, make a list, maybe make something.

#1 would like a theme that adjusts based on time of day, and someone suggested Circadian. This question came up in the January meeting. I guess they are not reading this site.

#4 wants a starter kit for specific workflow. I cannot remember what it was. This led to a lot of discussion about what starter kits should do, and can non-experts run multiple configs, how easy is it to get started.

#5 has issues with using Emacs in Windows shop: Can he share his tools/scripts with others at his job? Maybe not, but if it makes him more productive than everybody else, who is using the wrong tool? #5 also asked for tips on how to learn Emacs; I think he said this was his fifth attempt, but I also got the impression he is proficient with Emacs, and maybe Emacs Lisp as well. #2 talked a bit about how he learned Emacs, getting through a list in Org mode, starting small and building up. I pointed out nobody looks at JDK javadoc and says, “There are thousands of classes, I could never learn it all.” They learn enough to get something done, then learn more as they need it. But for some reason people seem to freeze learning Emacs. #2 said it can be a long road, but it is worth it. He decided to go cold turkey with IntelliJ and just use Emacs. He uses Emacs because it helps do things he cannot do with other tools. He also said something that could go on a tombstone: “The road to simplicity is never straightforward.” Or he was just quoting Yogi Berra.

Image from a 12th-century manuscript housed at the Dujcev Center at Sofia University in Bulgaris; image from Wikimedia, assumed allowed under public domain.