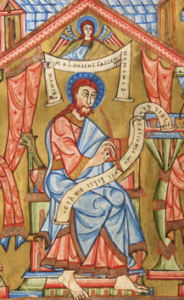 There was another meeting two weeks ago of EmacsATX, the Austin Emacs Meetup group. For the this month we had no predetermined topic.

#2 previously presented to the group back in May on developing Emacs Lisp as well as using it for molecular biology. He referenced the presentation he gave for EmacsConf 2021. He also gave a talk at the recent EmacsConf in December 2022. He spoke a bit about how the conference was handled: people pre-recorded their talks, their talks were shown at the scheduled time, and then there was a chat to ask questions. He said some of the talks were very polished. RMS got to do his live. He can ramble live, or he can ramble on tape. What is the difference?

#2 was surprised at how many young people were involved with the conference.

There is an online book club going over Mastering Emacs that #2 attends. You can find out about it here. There are quite a few regular Emacs meetings listed on Sacha Chua’s Emacs new feed, although some are at a bad time for US people. A couple of people in the ATC meeting wondered how Sacha Chua makes the digest; it would be hard to automate putting posts into categories. Does she do it by hand? She has been doing this since 2015. Maybe she gave a talk about it at an EmacsConf one year; I will have to check. I still have not gotten around to watching the talks from previous years. One of the effects of Org mode is that I am not only better at tracking things on my to-do list, I realized I have a very long to-do list.

There was some discussion about GPT-3 packages, which became discussions about GPT-3. #1 gave it some interview questions for Javascript, and he thought it could pass an interview. #2 pointed out that for all the hand-wringing about GPT-3, you still have to know enough to judge the answer.

#1 said he had asked it to write a few stories, and there seems to be a pattern: a group struggles, they persevere, it works out, happy ending. Like every sports movie.

#1 asked me about Rainer Koenig’s Org-mode course. I still have to finish. I got it two years ago, and I learned enough to get stuff done with it, and haven’t gotten around to finishing. I know there is a stereotype of Emacs users who spend so much time configuring Emacs they never get much done. After I got halfway through Rainer’s course, my config has been pretty stable. Rainer is big on key chords (as are most Emacs people), but now when I learn a new mode I prefer to use M-x $FUNCTION_NAME to get stuff done. I have to pause a lot to get the function names for the new key chords he was introducing. I do not know any of the key chords for Org at all, and I see nothing wrong with that. The only criticism I have of his course is that a lot of the dates in his Org files are from a few years ago, so when you go into agenda views, all the items are from a few years ago. If the view is for a week, you will have to press the “b” key to go back dozens of times. The page on Udemy says the course has not been updated since December 2020. But other than that one point, I recommend the course and I learned a lot from it.

#1 went to Udemy to find Emacs courses, and there were more courses on Udemy than we expected.

#5 said he was getting more into macros. Someone pointed out that using the function keys makes it easier. I guess Emacs did not always use F3 and F4 to start and stop macro definitions. There was some wailing and gnashing of teeth about function keys. #1 put prompt into ChatGPT: write a rant about function keys in style of Leviticus. He read it aloud, and I said he sounded like someone who did not know the answer to a question and was just stalling for time. #5 said that is most of the Bible.

#1 looked at a project on Codeberg, which is the what I am thinking about migrating to. A few people talked about getting off Github. #3 noticed people use “github” the way they use google. People do not search for something, but they google it. Since he was upset, we offered to FedEx him some Kleenex.

Then we were back to ChatGPT. There was some discussion about the legal aspects of it. Github Copilot incorporates a lot of open source material from projects with various licenses. Using it could get a company in some legal trouble. Some of the visual AI programs like DALL-E have some distortions that are speculated to be washed out artist signatures.

#1 asked ChatGPT for some stories to prove they are formulaic. He predicted if you ask it for a story about two people falling in love, they always wind up together. He did that a few times, and that is what happened. I suggested a story about Charles Bukowski finding love on Github (the same way people ask DALL-E to make a picture of an astronaut in the style of French Impressionists), but it would not do it. Although it was more polite than Bukowsky. #1 asked for one where the couple finds love on Github and breaks up. ChatGPT did it, but then they got back together again.

#1 asked ChatGPT for topics for the Emacs meetup. Then he asked for the top Emacs plugins. git-timemachine looked interesting to a few people. Searching for this package led me to the Emacsmirror Github repo and website. Then #1 prompted it for presentations about Magit and beacon mode. It gave a pretty good start. No longer will presenters be hurting for presentations.

Then #1 asked ChatGPT for a story about me getting a job using Emacs. I do not remember if he was making stories for everyone, or if this was inspired by something I said; I have stated a few times I would like a job where I could be in Emacs all day. For some reason it had me learning Python (which I know nothing about) and getting a job with that, and then I fall in love with a woman named Sarah in Antarctica. I think #1 just put in my first name and not my full name, but it seemed odd to everyone that ChatGPT inserted Python and going to Antarctica. I did not think Python is the most popular language amongst Emacs programmers; I would have guessed Clojure has more Emacs users.

At the end of the meeting, #5 mentioned he worked for a couple of summers for BP up in Prudhoe Bay. He said some of them were certified engineers who had gotten burnt out with engineering. #1 said he had a college roommate who did that, made a lot of money, and used that high number to negotiate a higher salary. Then #1 talked about neighbors shooting, and speculated they must have spent a lot of money on ammo.

I am not the official spokesperson for the group. I just got into the habit of summarizing the meetings every month, and adding my own opinions about things. The participants may remember things differently, and may disagree with opinions expressed in this post. Nothing should be construed as views held by anyone’s employers past, present or future. That said, if you like something in this post, I will take credit; if you don’t, blame somebody else.